Now that there are so many different digital modes around for the V/UHF bands I decided that it was time I had a hotspot that could cover all the modes at the same time. 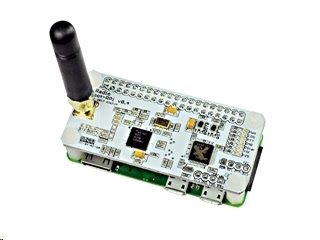 I've been following G4KLX's MMDVM project since it's initial inception and have even donated one of my NQSMHS modems to the project (it started out as a D-STAR project). Today the project has gained quite some momentum and is now able to run on a Raspberry Pi Zero W along with other hardware addons such as screens and buttons etc. Significant work has also gone into creating a RPi distro explicitly for the MMDVM.

My hotspot is based on the RPI0W and ZumSPOT hotspot board that you can get from HRO here in the US. I followed this HowTo which said to download the latest image from the PiSTAR site and transfer it to an SD Card (just like any other RPi distro). 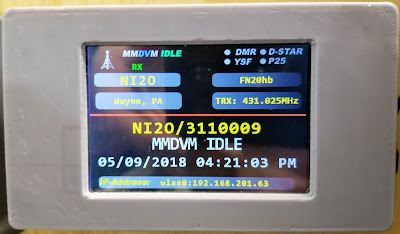 And this is the finished result. The 3D printed case is by George, M1GEO and is available from Thingiverse. It only supports a 3.5" Nextion LCD display but having also tried a 2.8" display I can tell you that you want the bigger screen! I have asked George to knock up some designs for other screen sizes and also to add some cooling holes into the box as it can get quite hot in there after a good round table QSO!

The Nextion screen is quite clever in that you upload a handful of screen images to it when setting it up. These images also have various text fields that will be populated with data every time the MMDVM host sends some info to the screen (eg, which screen image to display, what frequency, RX Callsign etc). Below is a selection of the screens that mine does.