Give your telescope some teeth

I recently bought a new mount for my Celestron C6 telescope. I am now the proud owner of a Celestron Advanced VX mount. I've not had it outside yet (its still a balmy -10C outside!) but I'm very pleased with its stability and ease of use. I have it set up in my basement and have been getting all the remote control software organised for it so that I can try my hand at some astrophotography when the weather breaks. 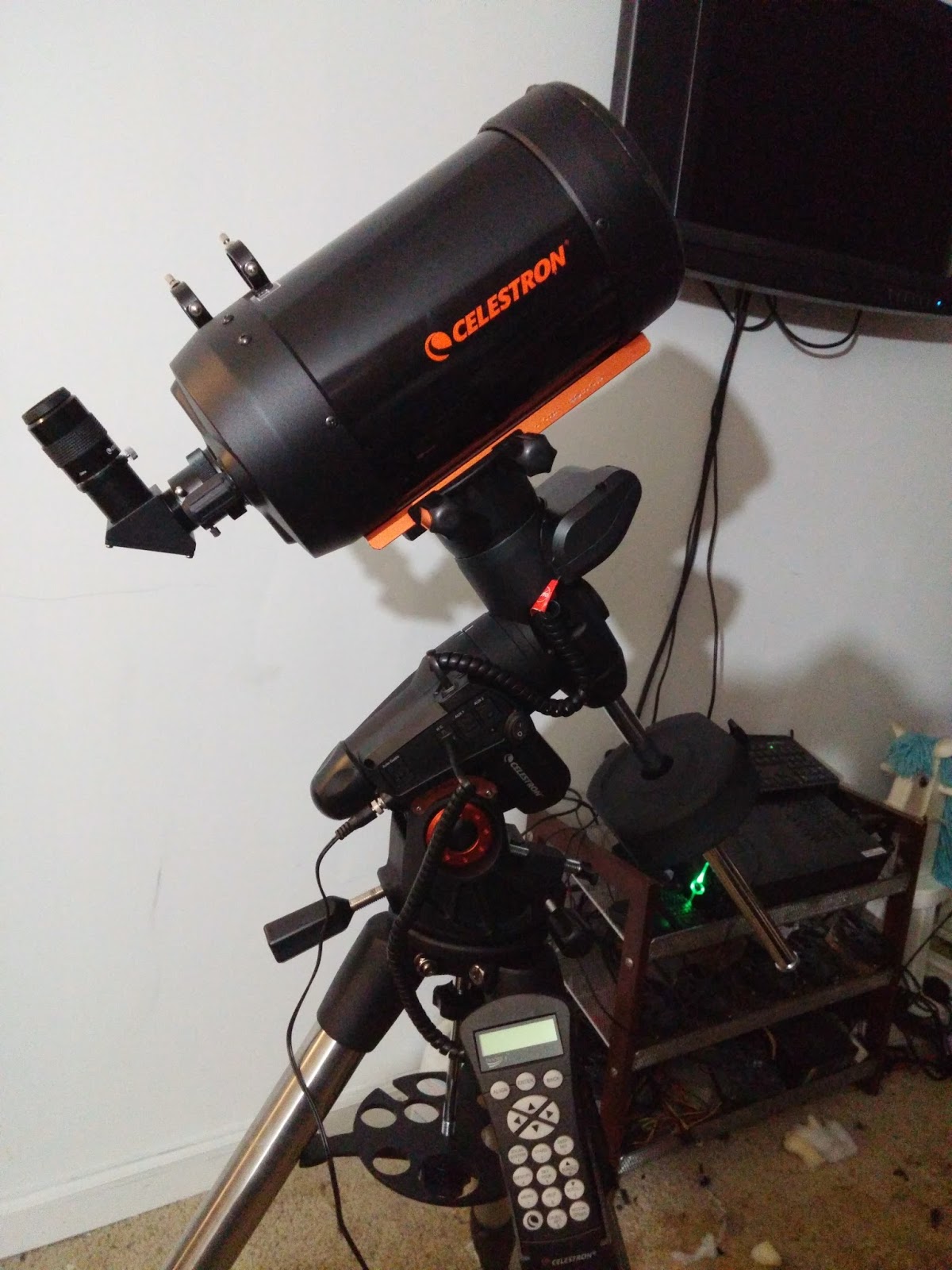 As you can see it has a hand controller that will allow me to manually drive the mount to any of over 10000 objects. But for taking pictures I need to have computer control. Luckily this mount comes with that already enabled by way of a RS232 cable that plugs into the bottom of the handset. Only 2 problems here; 1) I have no serial port on my laptop, 2) I must be "tethered" to the mount. I dunno about you but I'd rather have the least amount of cables dragging around my equipment especially when its dark and I can't see them. So wireless is my goal.

One can buy a WiFi enabled remote control device that plugs into the mount but its $100 and as it's WiFi it'll quickly kill the batteries of any mobile device I use with it in place of the PC. Bluetooth is the solution that springs to mind. It has a serial port emulation ability and uses much less power than WiFi.

Other owners have had this idea too. I've seen some interesting attempts to add Bluetooth abilities to this mount. Most of them are a lash up of common off-the-shelf parts and added wires. This solution costs over $130. So whilst sitting on the pot the other day (I do my best thinking in there) I had an idea , "why not connect something directly to the Aux connector on the mount?". Looking at the wiring diagram for the connector we can see that there is 12V of power and 5V TTL serial data available. Indeed, this is what the WiFi adapter uses for it's power and comms as does the GPS receiver addon. 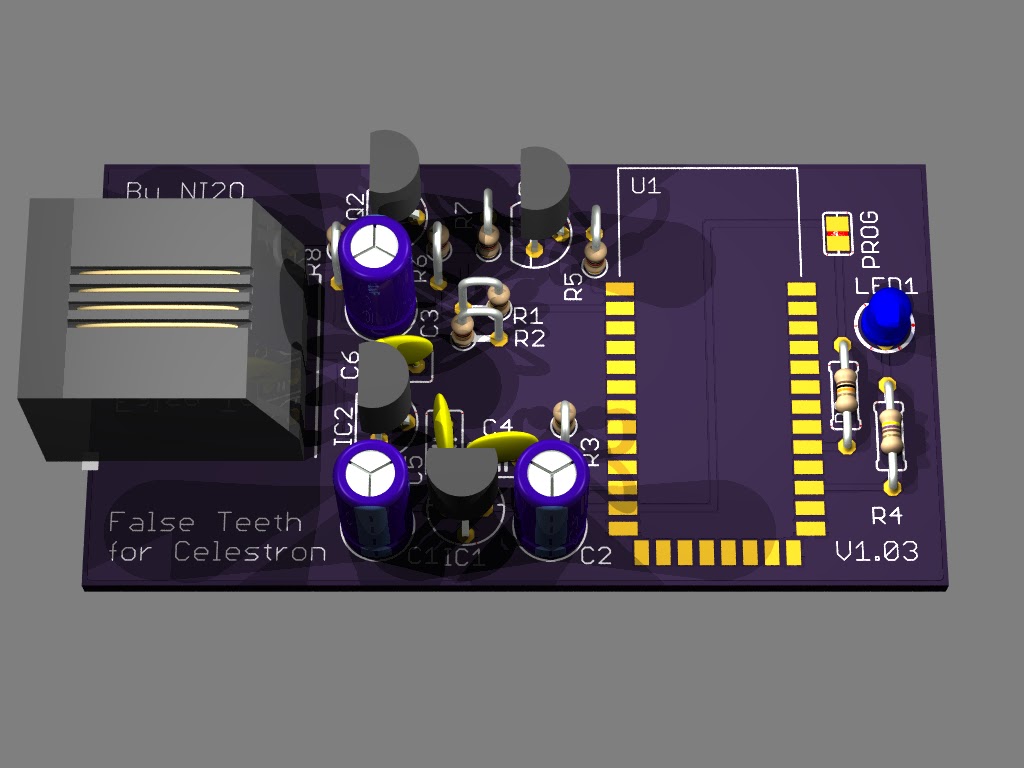 This is what I came up with. One adds a 6 pin telephone cord between the adapter and the Aux socket at which point it'll spring to life. The missing part on the board rendering above is an HC-06 Bluetooth interface. The rest of the stuff is power conversion and such like. Following the "howto" I installed the relevant software and was able to control my mount from my PC. I've also tried it with Sky Safari on my Android tablet too. Works perfectly! I can even remove the hand controller from the mount which will help when up at the club site preventing visitors from playing with my scope when I'm not looking.

I'm calling the project "False Teeth" as the device is not blessed by Celestron.