On a recent road trip to Detroit I spent almost 12 hours of silence in my car. My Ham radio was on but nobody was heard. I have found this to be the case on many road trips of late. That's why I installed an HF radio into the car - maybe I can talk to people further afar? Not on this trip at least. So I tuned my HF rig to the CB channels and was able to have some interaction with other travelers on my route.

This led me to thinking that I need a CB in my car. But I don't have room for another display on my dashboard. Looking around the usual online places I found this Anytone Apollo 1 "10 Meter" CB. Out of the box it comes preset to 40 channels between 29.4-29.6MHz. Great! I have a license for that. I had also read reports that it could be modified to cover other frequencies such as CB too. 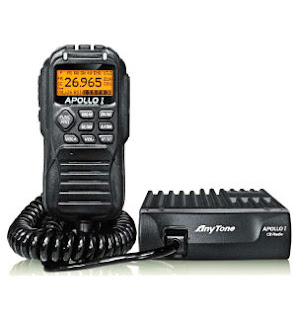 The manual isn't too bad for a Chinese radio. And it does indeed explain how to change the 10 Meter frequencies. However, one has to take it apart and remove some solder links to get it going on other frequencies. The manual does not tell you how to do that. So I took mine apart to see what I could find. The usual caveats apply. Do this mod at your own risk. Your mileage may vary. I take no responsibility. Ask your doctor if Viagra is right for you.

Remove the power from the radio and unplug the microphone. Using a T8 Torx bit unscrew the bottom panel and also the face plate. This will reveal 2 solder jumpers at the very front of the board almost in the middle going across. See the below pictures for guidance. 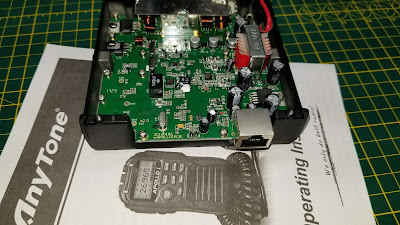 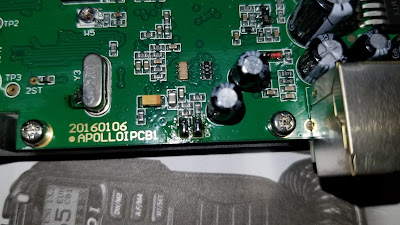 Using a solder pump or wick remove the solder from the 2 Jumpers being careful not to disturb the SMD parts just above the pads. 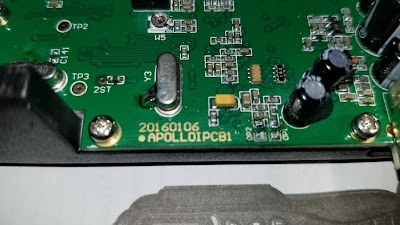 Before putting the covers back on power up the radio and check that it still works. You should notice the display now shows "EUH 01" indicating that your radio is on CB channel 1.

Just for good measure do a factory reset too.


Here are some before and after shots of my rig. 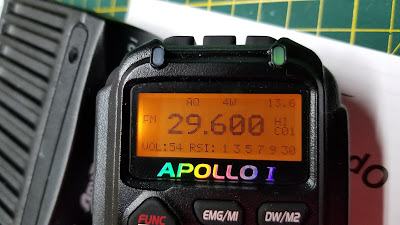 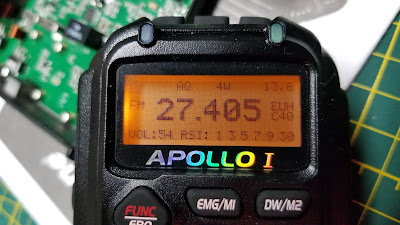 Before putting the covers back on the radio take a look at the face plate. Can you see how much room there is on the inside of it? It occurs to me that one could add 2 small toggle switches to the plate. Wire them to the solder pads on the radio's PCB and now you can dynamically change the frequency of the radio without a soldering iron. I've ordered some small switches. More about that when I get them.
Posted by Mark/NI2O at 10:05 4 comments: