I bought Harbor Freight "pelican" style case for my Icom IC-7300. The radio can now get dragged around in the back of the car and taken camping etc without fear of damage. 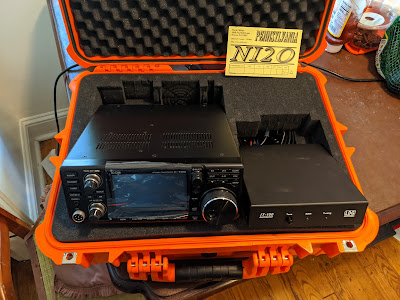 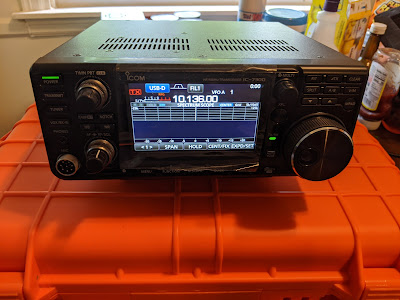 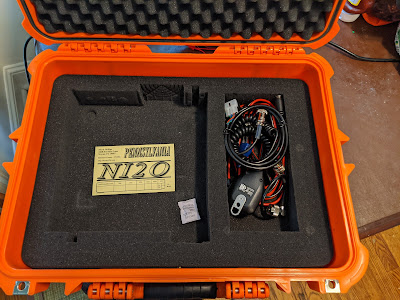 I've had this kicking around for a while. Before I put it up for sale I thought I'd show you all my FT-817 Go Box.

It's built around a Harbor Freight "pelican" style case and contains everything needed to operate the radio in any mode. Just add a battery. The photos are pretty self explanatory. 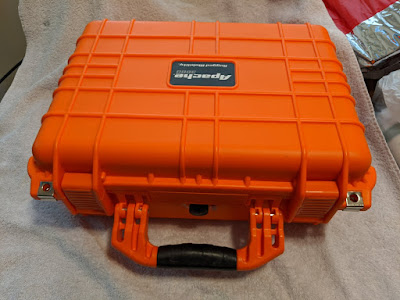 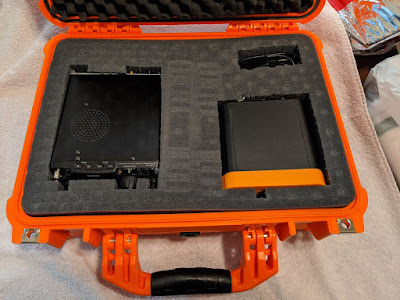 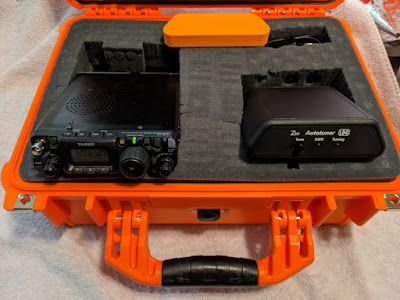 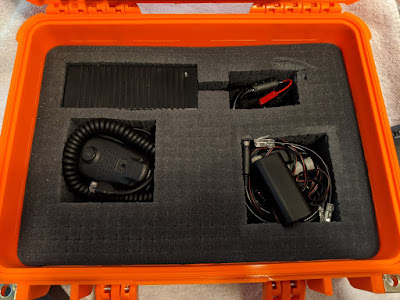 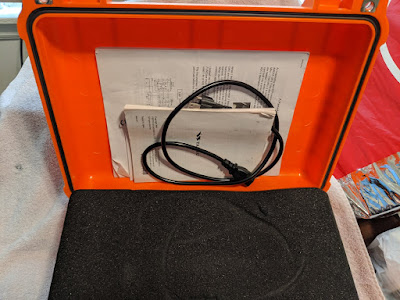 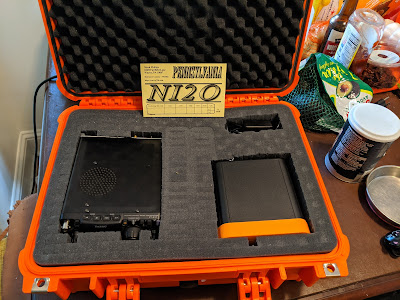 In a previous post I discussed building a clock to display the grey line and times zones on a large screen. Thanks to this project I've been able to improve the display as well as reducing the cost by a further $65.

This clock originally appeared in a QST article in October 2017 but it took me a while to get around to it.  Whilst trying to get some "shacksessories" organised for my wife, KM4WSK's new radio shack I remembered it. I also happened to have a RPi3 connected to the Official Raspberry Pi 7" LCD and associated enclosure so I installed the software onto that.


As you can see, the clock displays not only the greyline but also solar weather data, sunspots, local weather data, UTC time and the current state of the HF Beacon transmissions. It's also able to display the path of a few satellites too.

Whilst I had all the parts for my wife's clock I was lacking an enclosure for my 5" LCD screen. A quick search on Thingiverse.com revealed a case that I could print on my 3D printer and then mount onto the wall.

At first boot of the 5" display I was confronted with the dreaded lightning bolt. This is an indication that there is insufficient current available to properly drive the RPi and associated hardware. It's a simple fix requiring a bigger PSU. KM4WSK was able to supply a larger one from her seemingly bottomless "junque" box. 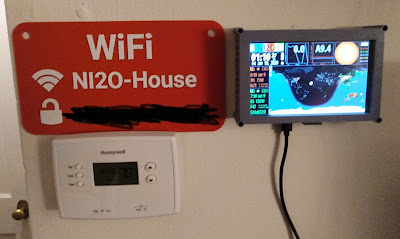 I've decided to revisit my large clock on the LCD TV (the one from the previous article). To this end I've temporarily mounted my 5" version on the wall. With a few crontab entries I can turn the display on and off so as to save energy overnight.