Have you seen this? It's a free filecasting (one way file transmission) service that is delivered by satellite. "Satellite, you say? Sounds expensive." Not at all. And the skill level required to access this media source is also quite low. 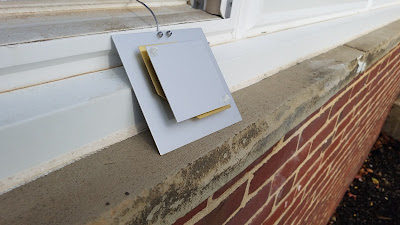 So what's this then? It's an L-band patch antenna for an Outernet receiving system. It is currently sitting just outside of my living room window looking up at the Inmarsat satellite at 98 degrees west. 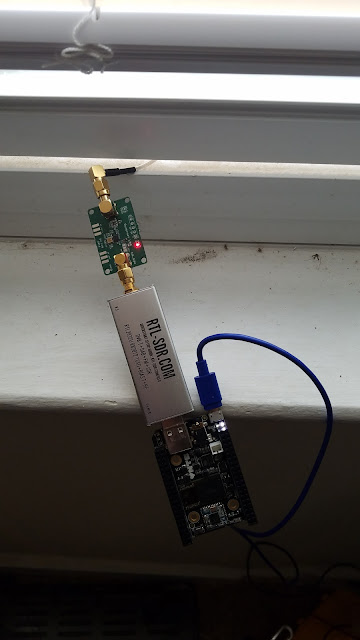 As you can see from this picture, the Outernet receiving system is little more than a USB based software defined radio. In my case it's plugged into a C.H.I.P. computer (similar to a RPi) which then makes the received files available via it's WiFi interface. 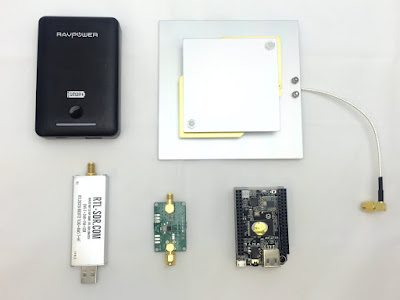 I bought the development/DIY kit from Outernet for $79. Mine did not come with the USB battery as I already had one of those. 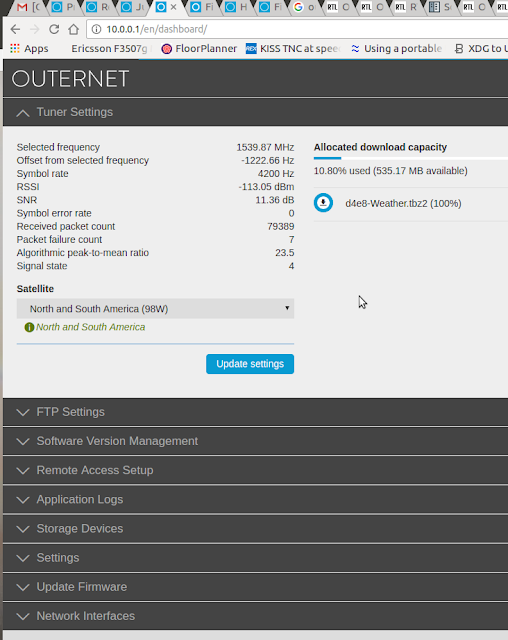 Aligning the system was trivial. One of the advantages of the L-band (1.5GHz) is that as long as you have a clear sky you can "see" the satellite. You do not need to be aligned with the satellite as you would with a Ku (TV) band satellite. That said, if you can align the antenna you will increase the reliability of the data downlink. As you can see from the picture above, I got quite a good downlink from my window. 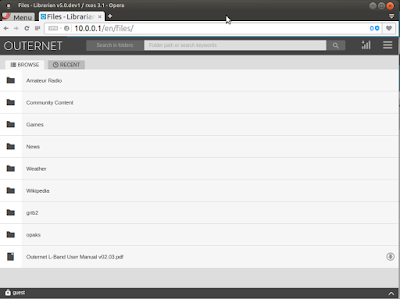 So far all I've received is a few Wikipedia pages and some weather maps etc. I also received the latest AMSAT keplarian elements too.

The system runs at 2400bd and so is very slow. But considering that its free I can live with it. The ultimate goal of Outernet is to launch 3 Cubesats which will circle the earth and have a faster downlink.